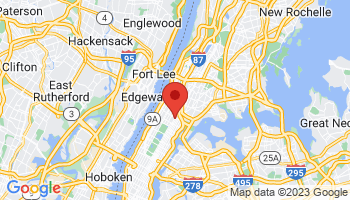 Morgan Acoustics offers acoustic, audiovisual and theater consulting for a variety of public and private venues across NYC and around the world. Andy Morgan, Principal, has been project manager for facilities on four continents, with construction valued over $2 billion. Andy has consulted on concert halls, Broadway-style theaters, college campus venues, and houses of worship, event spaces, office fit-outs, residences, education facilities, and even the New York City Transit system. Andy is aided by his experience designing and operating live sound reinforcement systems and his love for the classical music repertoire. He is LEED Certified, and a NYC DEP Approved Noise Consultant. He received his BA in Philosophy and Physics from Wheaton College, IL and has lectured on architectural acoustics at several universities. Andy apprenticed under the late Russell Johnson, a leading innovator in acoustics for concert halls and founder of Artec Consultants (2004-2012). He also worked in the acoustics and theatre practice at Arup (2013-2019) where he broadened his experience to a wide variety of project types. He founded Morgan Acoustics in 2019, and looks forward to building a consultancy known for positive collaboration with clients, creative problem solving, and spaces worth hearing.

This website uses cookies to improve your experience while you navigate through the website. Out of these, the cookies that are categorized as necessary are stored on your browser as they are essential for the working of basic functionalities of the website. We also use third-party cookies that help us analyze and understand how you use this website. These cookies will be stored in your browser only with your consent. You also have the option to opt-out of these cookies. But opting out of some of these cookies may affect your browsing experience.
Necessary Always Enabled
Necessary cookies are absolutely essential for the website to function properly. These cookies ensure basic functionalities and security features of the website, anonymously.
Functional
Functional cookies help to perform certain functionalities like sharing the content of the website on social media platforms, collect feedbacks, and other third-party features.
Performance
Performance cookies are used to understand and analyze the key performance indexes of the website which helps in delivering a better user experience for the visitors.
Analytics
Analytical cookies are used to understand how visitors interact with the website. These cookies help provide information on metrics the number of visitors, bounce rate, traffic source, etc.
Advertisement
Advertisement cookies are used to provide visitors with relevant ads and marketing campaigns. These cookies track visitors across websites and collect information to provide customized ads.
Others
Other uncategorized cookies are those that are being analyzed and have not been classified into a category as yet.
SAVE & ACCEPT